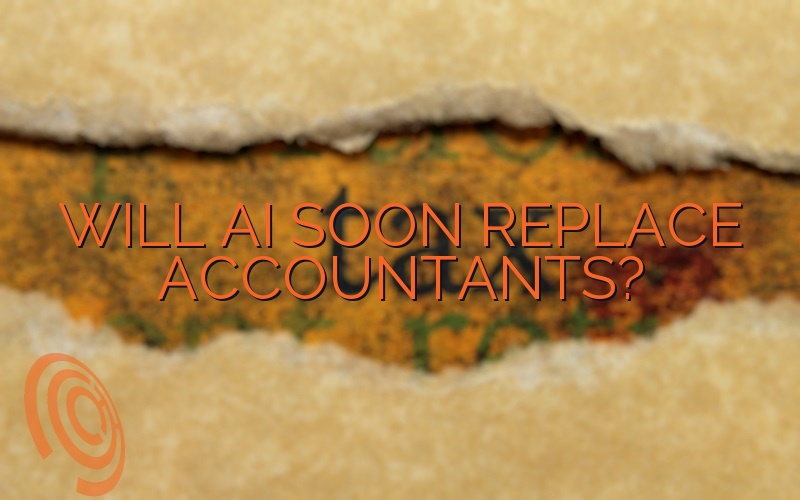 AI or artificial intelligence has been a growing study in the past few years. Although we won’t be having any terminators walking around soon, the advancements scientists have recently been making are enough to make a lot of employees worry. Unsurprisingly, accountants are no exception to this paranoia.

It is undeniable that new technologies can replace jobs that were once filled with people. For example, unknown to most members of younger generations, calling someone through the telephone back then meant having to connect to a room full of switchboard operators.

Switchboard operators were the people that manually and literally connected your line to the person you wanted to talk to back then. However, when telephones started getting automated, more and more switchboard operators lost their jobs. Today, that job is practically inexistent.

Why Is Accounting Threatened By Automation?

As an accountant myself, I admit that our job is full of processes that can easily be replaced by automated machines. Bookkeeping, for example, can now be done by a lot of people, trained or not, with the help of computer software such as Quickbooks or Xero.

Many businesses also claim that hiring an accountant is no longer that important. This is because they believe that anyone with a little bit of background in business can do our job with the help of these new machines. The fact that many of our responsibilities in businesses can easily be replaced by a few lines of codes is enough to make our knees shiver.

However, should we really worry? Should we really treat these machines that are popping around us as competition? For me, the answer is no. I believe that automation will not destroy the Accounting Industry, but rather strengthen it.

Why I Believe Technology Will Improve Accounting Jobs

Many people think that new advancement in technology means them losing their source of income due to machines replacing them. I agree; this is an undeniable truth. However, we often overlook the fact that when new technologies arise, new industries appear. These new industries, in turn, result in new jobs that people need to fill.

For example, during the industrial revolution, laborers were then afraid that the rise of steam-powered machines would eventually replace them. But, alas, a few decades later the employment rate worldwide is better than ever.

Machines Are Tools Not Replacements

Being afraid of technological innovations is like being afraid that stoves will result to chefs being phased out. Tools like those that I mentioned a while ago (Quickbooks and Xero) are actually being used by accountants themselves today.

Instead of being replaced, these types of software instead made the lives of accountants far easier. Not only that, they can now use the time they save from reducing repetitive work like recording for strategizing. Hence, accountants are more in need than ever.

Nothing Can Replace Human Intuition

Although machines may soon be able to learn every task that we do by hand, it is still unlikely for them to fully understand how the human mind works. For example, scientists were recently able to create an algorithm that can mimic the artistic skill of famous artists.

However, no matter how hard they try, these machines will never be able to create a piece of art that can touch a person’s emotions similar to those of Leonardo’s Mona Lisa or Munch’s Scream painting.

Accounting Is More Art Than Science

Finally, accounting is more art than science. Although most proponents of accounting agree that accounting is both an art and science, I believe that it belongs more in the former group. Accounting is an ever-changing study.

Almost every year the Financial Accounting Standards Board release new and updated guidelines for accountants to follow. This is because there are infinite ways we can report and analyze financial data. Hence, we can always find new ways to make businesses understand how they are doing.

Machines, although fast, do not have the same amount of creativity that us humans have. Thus, it is unlikely for them ever to be able to take away our beloved job.

Lastly, humans are naturally self-serving beings. Hence, whether or not I am right that machines will soon replace us, it is inevitable for us humans to prevent them from taking us over. So instead of being afraid of the future, we should look forward to whatever surprise it holds for us.