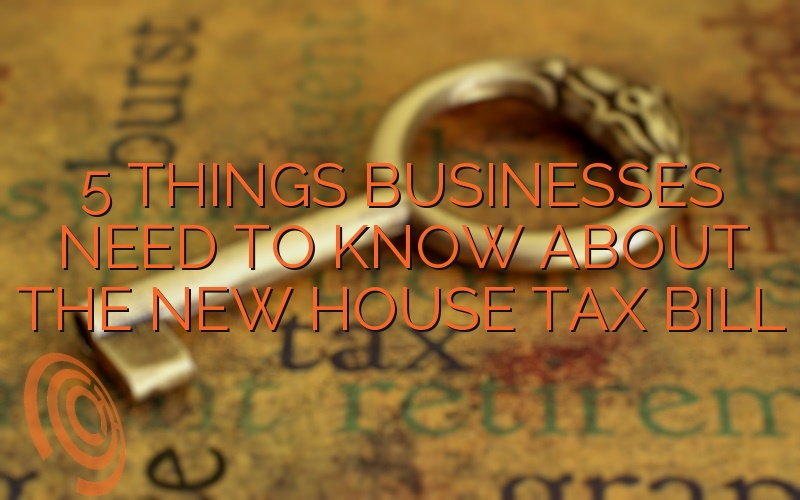 Trump, early on his 2016 presidential campaign, gave the treasury department a run for their money after promising to cut taxes for both businesses and middle-class citizens. Fast forward a year later, the reformed House Tax Bill was born.

Businesses across the States were cheering after hearing that the president will deliver on his promise by lowering business income taxes. From a whopping 35%, corporate income tax would soon drop to a significantly lower 20%.  However, the new bill has more to it than meets the eye.

Here are some notable things that every business needs to know about the reformed House Tax Bill:

If you’re a veteran in the corporate industry, you would know that no business survives on equities alone. Even the largest enterprises have debts that they need to pay. Heck, even Donald Trump has hundreds of millions of dollars of unpaid debt on is account. (1)

And we all know that for every dollar you loan, a corresponding interest is attached to it. Luckily, the government allows businesses to use their full interest expense as deductions to their taxable income. But that may soon all change once the tax reform pushes through.

According to the proposed house bill, interest expenses higher than 30% of a business’s EBITDA will no longer be allowed as a tax deduction. According to the GOP, the idea behind this is to shift debt dependency among companies to equities.

Nevertheless, the new rule would only apply to businesses whose gross receipts exceed $25 million yearly. So the next time you plan on buying equipment or building for your business, think about your interests, or you’ll end up crying.

Depreciation Made Easier (For Now)

Another standard way businesses lower their income taxes is by taking into account the depreciation of their assets. Depreciation is a systematic accounting of the decrease in the value of assets due to the wear and tear or the passage of time.

Businesses that apply the accrual method of accounting are obliged to use it as a way to distribute the expense portion of the asset acquisitions. Similarly, the US government currently requires most businesses to use the depreciation method when deducting their taxable income with the cost of assets they buy.

This process makes the accounting of some assets tedious; hence, some businesses tend to acquire the assistance of professionals. With the reformed tax bill, the Internal Revenue Service will now allow business to expense the full cost of assets whose useful lives are less than 20.

This will make accounting more comfortable and ease the expansion of capital investment. The reason for this that companies would be able to reacquire some of their spendings faster through tax deductions. There is a catch; however, this policy will only be valid up to five years from the approval of the new tax bill.

Losses On Your Loss Carryovers

The only thing positive about business losses is you know that you can use it to lessen your future taxes. This carryover is allowed for up to twenty years after you made those losses. Additionally, the government allows you to use it to ask for tax refunds for your last two income taxes.

Sadly, this is all about to change. The tax reform bill intends to change the tax rules when it comes to net operating losses. According to the new law, the two-year carrybacks that businesses used to enjoy would soon disappear.

Meanwhile, the 20-year carryover rule would remain; however, the government will impose a limit of 90% of the taxable income. For example, a business that lost $2, million dollars for 2018, but earns the same amount the next year, would still have a taxable amount of $200,000.

It’s no secret that the easiest way to get a deal is to drag your client to the nearest karaoke bar and get them drunk silly until they sign the papers. That’s a joke, of course. What’s not a joke is the massive amounts of entertainment expenses business usually spend to keep their clients happy.

But then again, every expense you make on this kind of activities can reduce the tax you pay. Keeping your taxes, lower and your client coming back for more. Unfortunately, the tax reform bill is what everyone likes to call a party pooper.

Once passed, all entertainment expenses, for whatever purpose, by businesses will no longer be accepted as deductions. This includes everything from golf-memberships tot eh fish and chips you bought for your company outing.

Cashing In On The Cash Method

Hence, for example, businesses who buy inventories in December will not be allowed to use those as a tax deduction for the current year if they sell them in January of the next year. Not only is the process more complicated, but it also requires businesses to perform many estimation procedures. (2)

The new tax bill aims to address this issue by broadening the type of companies the government allows to use the cash method of accounting.  The cash method allows businesses to record incomes and expenses concerning the movement of cash.

With it, incomes and expenses are recognized when cash is received and given up respectively. This will make accounting incredibly simpler for many businesses who cannot afford dozens of accountants to do the job. Nevertheless, only companies whose gross receipts are less than $25 million can apply this new rule.